Since our last Outlook, interest rates have been reduced twice by the central bank. The second cut had forecasters divided as to the timing, but clearly the rate reduction had been fully priced and expected by the market.

The RBA finally abolished the 5.00% employment benchmark that it had been linking policy with, as a now inappropriate target given the spare capacity in the economy. Governor Lowe addressed these two aspects as reasons for the cash rate cut:

The first is that inflation pressures are subdued and they are likely to remain so.
And the second and related conclusion is that there is still significant spare capacity in the Australian labour market.

The 3 year bond futures trading contract is trading at an implied yield of .90% and some fixed rates of varying tenors are now actually at sub 1.00%, which is unprecedented in our cumulative lifetimes. We have recently been involved in arranging a number of hedging transactions for clients, which have been discretionary decisions, compared with the usual conditions precedent mandatory hedging on some lending facilities.

Whilst it is possible and likely that there may be one or even two more rate cuts, the RBA will allow the current adjustments to take some effect with the usual lag factor of policy adjustment. We also have identified that technical aspects have pushed rates to current levels in a short period and that some correction of yield adjustments upwards is likely.

This, however, is an opportunity cost, rather than a change of direction. The RBA also has other tools in their capacity which are quantitative easing (QE), which has been mooted to some degree. So whilst heading towards 0%, the central bank does have other levers it can engage.

The reality now is that the RBA has seen the risks to the economy as greater, than the risks of cutting rates further and has also been accommodative in its language on monetary policy.

We have seen some easing by the regulator (APRA) around lending conditions and this should assist a long slow recovery of economic conditions with the RBA’s easings. Whether external factors such as the trade war between the US and China and Brexit, have a more correlated impact on the economy will remain to be seen.

We mentioned that rates were at unprecedently low levels in our last paper. Well, we were correct, but they have extended down even further. Whilst it can be difficult to forecast how many rate easings may actually occur, it is pleasing to see that the fixed rates out to 4 years (monthly), are currently below the floating rate benchmarks – BBSW.

The following chart and table are a twelve month rolling curve comparison and table of fixed rates. 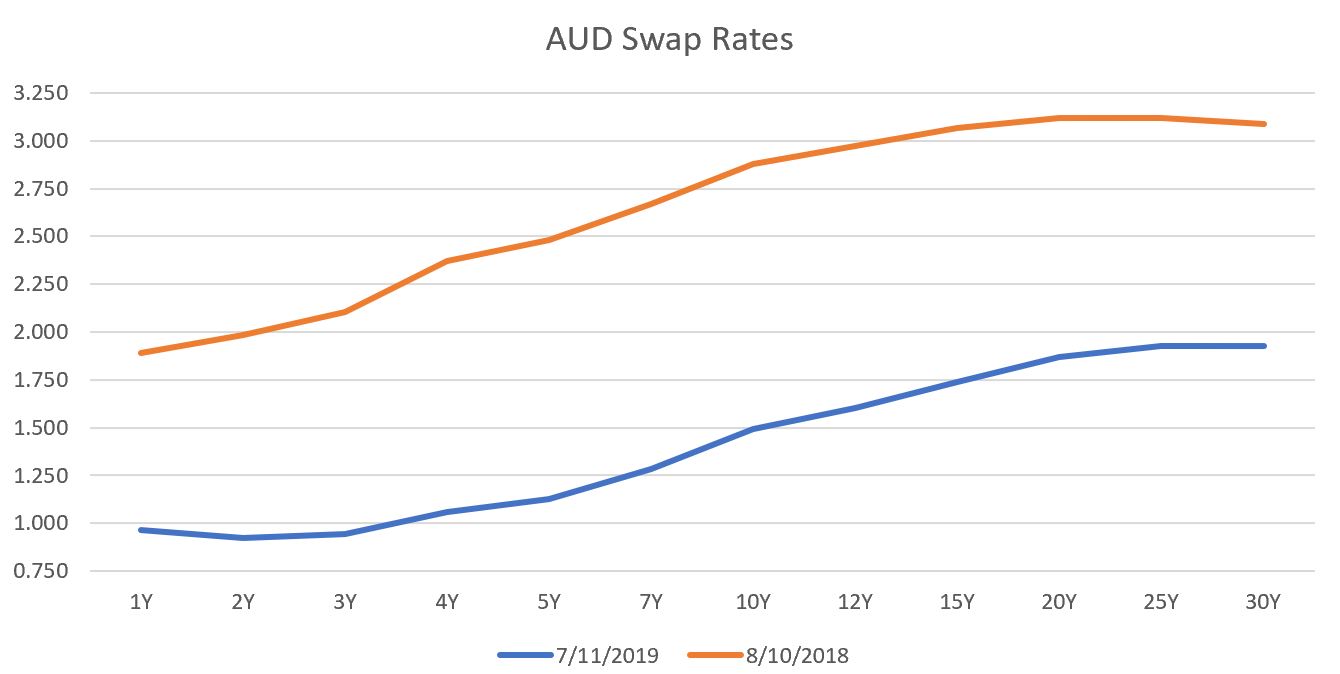 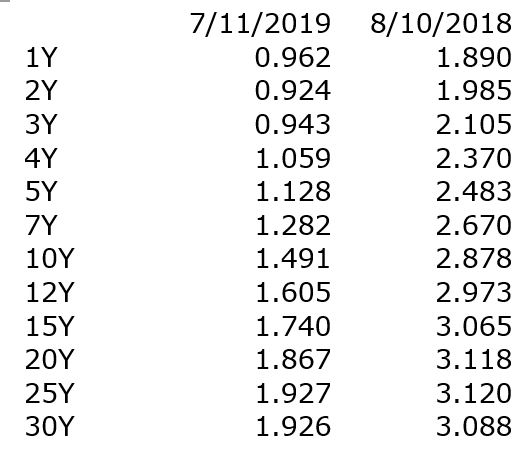 The Chart below is year on year Swap yield comparison. 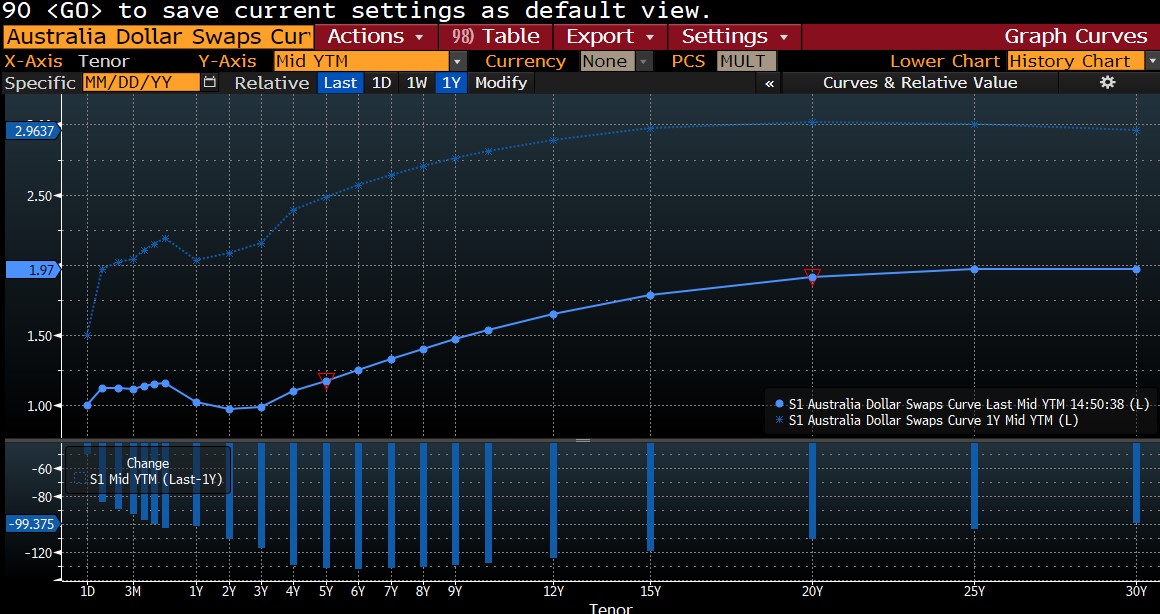 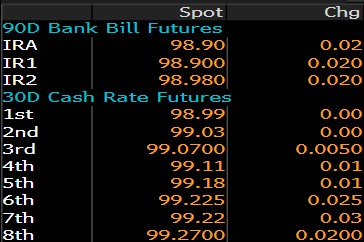 The previous table identifies market expectations of a 90% interest rate cut in six months of 25 bpts.

In summary, current rates are the cheapest balance sheet insurance (borrowers) that have ever been recorded. Whilst there appears very little risk in rates going upwards over the next twelve months, it simply adds to risk once forecasting periods extend into yearly increments beyond.

Together with our Stamford colleagues, we would be delighted to discuss opportunities of debt and interest rate hedging opportunities with you.